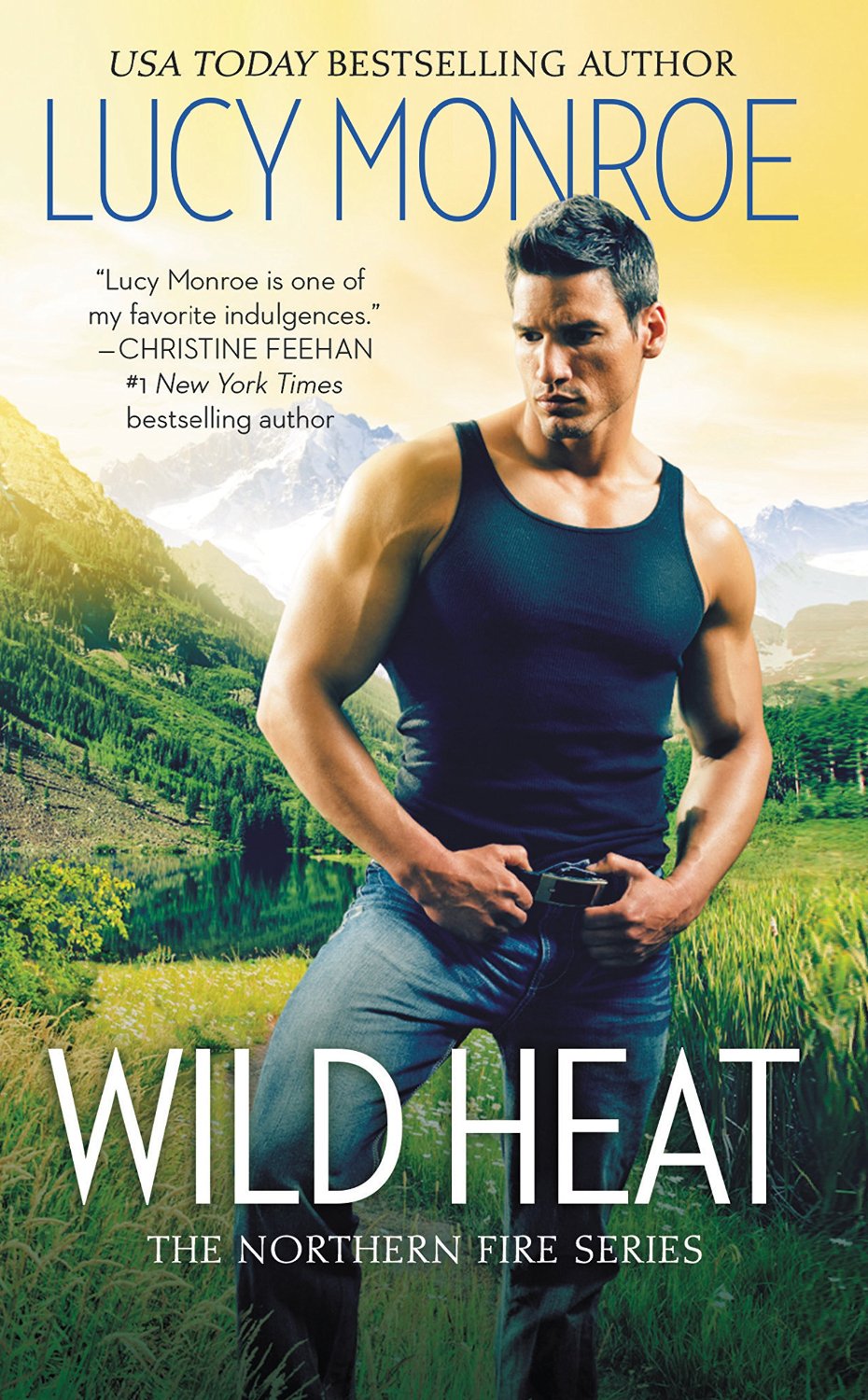 Sometimes old flames are the hottest of all…

In the quaint little town of Cailkirn, Alaska, it’s impossible to keep a secret, especially one as juicy as the unexpected return of Kitty Grant. Tack MacKinnon remembers her wild red curls and even wilder spirit-and still feels the sting from when she shattered his heart in college. But there’s a pain in Kitty’s gorgeous eyes that guts him to the core and Tack is determined to do whatever it takes to see the woman he still loves smile again-even if it means taking on her demons as his own.

After fleeing an abusive ex-husband, Kitty decides that the best way to heal her broken heart is to come back home. But she gets a whole new shock when she sees how undeniably sexy Tack has become. More handsome, more muscular, more charming-more everything-he’s impossible to resist. Before she knows it, they’re reigniting sparks that could set the whole state of Alaska on fire. Yet trust doesn’t come easy to Kitty anymore, and as things heat up between her and Tack, she can’t help but wonder if one of them is going to get burned…

Also available as an audio book.

He teased at the seam of her mouth with the tip of his tongue and she brazenly parted her lips to give him entrance. He swept inside, taking possession and teasing her with the need for more at the same time.

He kept the caress of his tongue light, barely there.

She pressed up against him, wanting more contact, but he dropped one hand to her hip and held her in place.

Frustration overrode pleasure and she pulled away from the kiss. “Why are you teasing me?”

He dropped both hands away from her and stepped back, his expression firm. “Eat the lunch I make you.”

“You want me to eat?” She didn’t understand.

“That’s the deal, Kitty. You eat and I’ll rock your world.”

He was aroused, she could see the impressive evidence pushing against the front of his jeans. So, why was he talking about eating?

Noticing where she was looking, he gave her a feral smile. “Like what you see?”

“Yes.” There was no point trying to deny it. Not to him and not to herself.

“Oh.” She wasn’t sure why those words were so shocking.

She knew he was turned on, but the idea she had done that? Was a new concept for her. At least lately. She’d been told countless times how pretty she was as a teenager and young adult, but it had been a long time since those days.

His claim that he liked how she looked impacted her deeply, warmth suffusing her physically and emotionally.

He tucked his thumbs in the front pocket of his jeans, outlining his obvious erection with this hands. “You want some of this?”

She nodded, her mouth too dry for speech.

Sparks of desire traveled down her body, right to her core, and made her legs squeeze together to try to control the overwhelming sensation. He wasn’t just offering her a few kisses, he was offering sex.

Real sex. The stuff he said she was too damaged for.

She didn’t know what had changed his mind, but she wasn’t about to ask. Not beforehand anyway.

She still didn’t understand why he was linking sex and her having lunch, but Caitlin wasn’t an idiot. If eating would get her access to Tack’s body and his big hands on her again, she would eat.

The nerves and nausea that had plagued her earlier was gone too, making the inner declaration an easy one to make.

His smile was both pleased and just a little smug. “Sit over there.” He pointed to one of the two bar-high chairs on the side of the island.

She did as instructed, her stomach clenching with unusual, but welcome hunger. “What are you feeding me?”

“Leftovers. I’ve got chicken and vegetable rice from last night.” He pulled a couple of containers out of the refrigerator, and then poured a glass of what looked like the chocolate drink he’d given her on the hike.

While he plated and microwaved the food, she sipped at the chocolaty goodness. “You sure you won’t give me this recipe?”

He just gave her a look she’d known well a long time ago. The one that said yeah, not in this lifetime.

“Do you cook like that for yourself all the time?”

He shrugged. “I eat at the Homestead several nights a week with the family.”

Just like the Grants, the MacKinnon’s had built their current large dwelling on their original homestead. It always passed down to the eldest son in the family and was the traditional gathering place for the entire MacKinnon clan living in, or near Cailkirn.

“But yeah, I like to cook. It’s relaxing. I usually make enough for two meals anyway, so it’s not so much effort for one person.”

“Was that supposed to be your dinner tonight?” she asked, nodding her head toward the microwave that had just beeped.

When he put the plate in front of her, there was a chicken breast and at least a cup of the rice-vegetable mixture.

Her heart sank. Even hungry, there was no way she could finish that amount of food. “This is too much.”

It didn’t surprise her that he’d noticed her ritual. Tack always saw what others didn’t.

His easy acceptance of it was a little startling, however. “You don’t mind?”

“No.” He winked at her. “I’m not going to withhold sex if you eat half of what I served you.”

She nodded, as if she understood, but really? She didn’t. This whole sex-for-food thing was still proving problematic to her sense of logic.

However, the ritual was something she was very familiar with. So, it should just be a matter of doing what she’d done hundreds of times before, but she couldn’t seem to act on what her brain was telling her to do.

She was reeling from his acceptance. She was used to odd looks, even from her aunts, but Tack acted like it was perfectly normal for a woman to meticulously separate her food and only eat half.