Children of the Moon-Contemporary Book 1 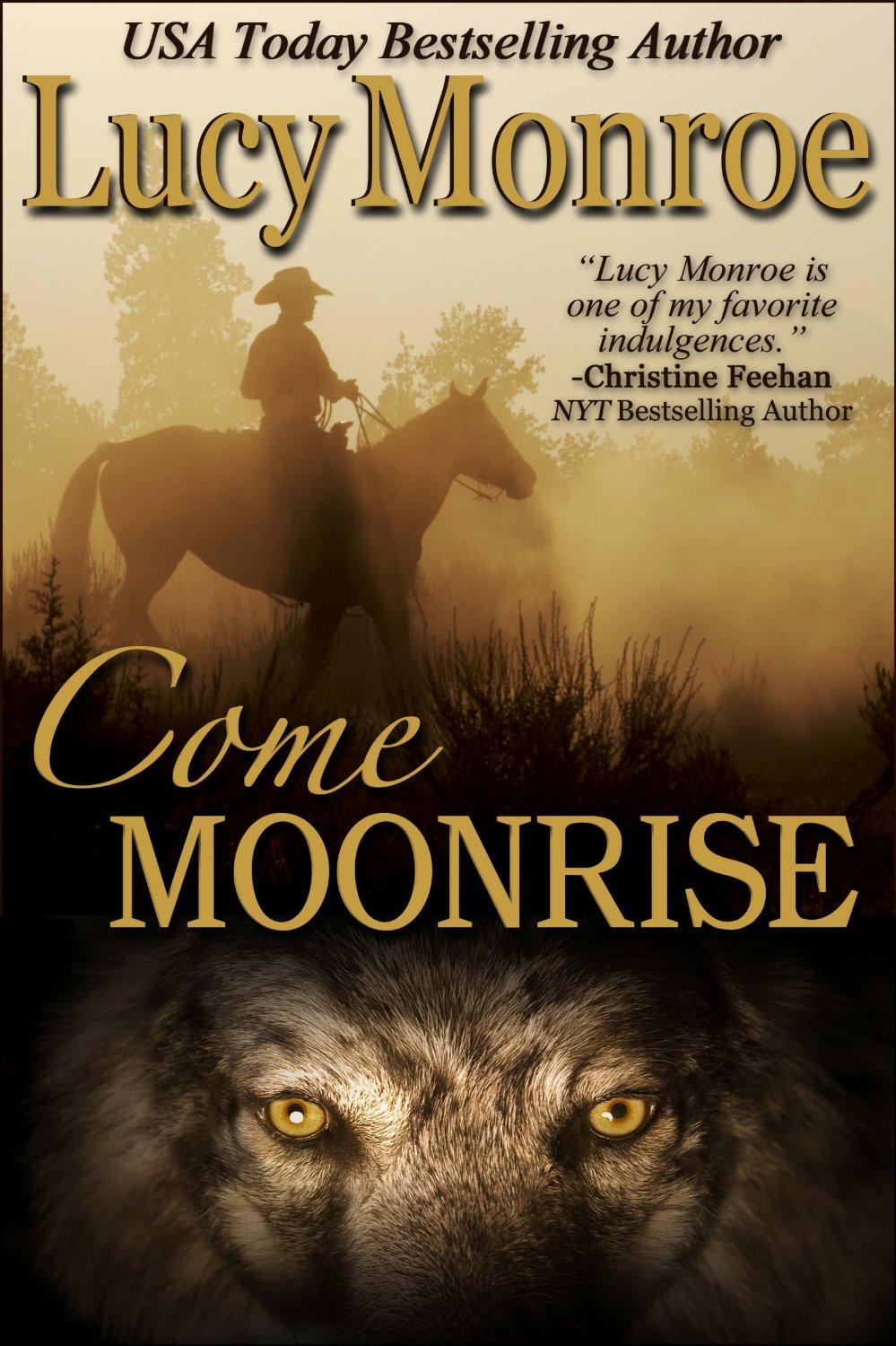 Ty MacAnlup has seen the tragedy that a mating between a werewolf and a human can bring and he wants no part of it, no matter how much his body and heart ache for a taste of Frankie’s softness. Frankie has loved Ty for years and while she doesn’t know he’s a werewolf, or even that such things exist…she does know that to her, he’s always been more than a mere man. Ty’s hidden beast wreaks havoc with his determination to stay away from Frankie when they are trapped together in a small cabin in the snow bound wilderness.

“If I had to sum up Come Moonrise in one word, that one word would be…WOW! Lucy Monroe has written a tremendous story that pulled at my emotions one minute, then had me fanning myself from the sensual overload the next. In what is obviously the beginning of a new series, Come Moonrise has me hooked on Lucy Monroe’s wolves and I won’t be satisfied until I get MORE!!!” ~Melissa for JoyfullyReviewed

“Come Moonrise” by Lucy Monroe puts a new twist on the theme of best friends finding romance. Frankie Random has longed for something more than friendship with neighbor Ty McCanlup for at least the last 6 years. Frankie decides she’s going to give it one last shot, and her determination only increases when she realizes there is competition. But Ty has a secret that could destroy everything… Ty is a werewolf.

Lucy Monroe puts some pizzazz in this werewolf tale! “Come Moonrise” is Lucy Monroe’s first werewolf tale but she definitely puts some new wrinkles into an old theme with this phenomenal story. The structure of the Pack isn’t overly emphasized and yet Ms. Monroe does a fabulous job at making the hierarchy well known. Frankie’s reactions are believable and one can easily relate to her predicament despite the paranormal aspect. I have to admit that I considered reaching into the book and smacking Ty and some of his family members but most are generally redeemed as events play out.” ~Deborah Wiley, amazon.com reader reviewer

“Come Moonrise” by Lucy Monroe is about Ty and Frankie. They’re both veterinarians and have been best friends for years. Frankie has been living in another city, but has come to the realization that her feelings for Ty have kept her from pursuing other relationships, so she comes back home with the intention of learning if there’s any chance for the two of them or if she needs to let go once and for all.<<snipped for size>> This story really took me by surprise. It’s my favorite kind of romance–when friendship turns to romance–and then add the paranormal element, and Ty trying to do the right thing for himself, Frankie, and his clan, and it’s just a fabulous romance.” D.K.Stokes
.