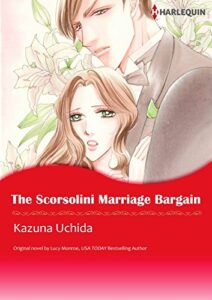 Therese was elated to be chosen by Prince Claudio as his betrothed from among a number of international bridal candidates. She figured that even if the marriage was just a way to produce an heir to the throne, the two of them would fall in love as they went through life together. But that was before Therese developed endometriosis, which reduced her chances of ever being able to have children. Unable to give Claudio an heir, she feels she doesn’t deserve the title of princess any longer and tries to leave him. A gulf grows between them as Therese’s fears prevent her from making love to him anymore. Meanwhile, Claudio grows convinced that Therese has found herself another lover. Can their relationship be healed?