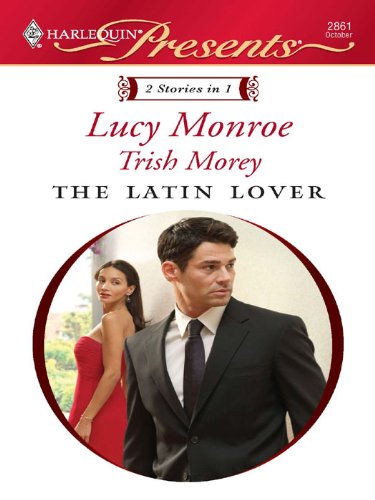 Phoebe’s betrothal to Spiros Petronides’ brother meant she was forbidden, and honor was the code the Greek billionaire lived by. But with one kiss Spiros knew he had to claim her as his!

Back in the Spaniard’s Bed by Trish Morey

Leah left Alejandro Rodriguez because she’d overstepped the boundaries of a mistress and fallen in love! The Spaniard’s arrogance angered her, but his touch ignited her. So when Alejandro storms back into her life, how can Leah deny him?

“To say I loved The Greek Tycoon’s Inherited Bride by Lucy Monroe is an understatement…..it was fantastic.

It had all the makings of a super romance, a Greek alpha, family honor, an arranged marriage plus the girl he knew he couldn’t have, his best friend who was promised to marry his brother. The arranged marriage by two proud Greek friends the Petronides and Leonides, a marriage not taking into consideration the participants feelings.

Spiros Petronides is the sort of Greek every woman would die to have in her life. He’s not only gorgeous; he’s rich and he very sexy. From afar he’s always fancied Phoebe Leonides but due to both of their families being close, he’s thought of her brotherly best friend. However, for Phoebe, it’s quite the opposite, she not only adores Spiros, she’s secretly loved him her entire life.

Phoebe has a serious problem because as a teen she agreed to an arranged marriage her family and the Petronides family made years earlier. On top of everything else, her fathers business is in trouble and will go under unless Phoebe married Dimitri, the oldest son. She’s sincerely upset because she feels her family has literally sold her into a loveless marriage when she secretly loves the younger brother, Spiros. On top of everything else, when Spiros visits her and they share a kiss which leads to passion so volcanic it scares them both, she’s sure she cannot go through with the marriage.

There were so many emotions to this love story, Spiros and his overdeveloped sense of honor where Phoebe was concerned to the point of letting love go and even lying about his feelings. He was so afraid he would be weak like his father as far as relationships went that he would go to any length not to become like his parents. Spiros fought his love and his need for Phoebe but in the end you will tear up at how he goes about proving his love and his desire to marry her.

As for Phoebe, one literally reads and watches her become a strong woman when she stands up to both families, forgives Dimitri for choosing another to marry, forgives the scandal that incurs due to Dimitri’s mistress, forgives Spiros for hurting and lying to her about his feelings. It’s truly an incredible love story as only Lucy Monroe can intensely pen.” ~Marilyn, amazon.com reader review

“Lucy Monroe is a wonderful writer of this genre.. Always enjoyable, romantic and exciting. This was great.” ~Shasha, amazon.com reader review

“These stories have all the qualities I’m looking for in a Harlequin Presents.”~Susanna, goodreads.com