The Cost of Their Royal Fling 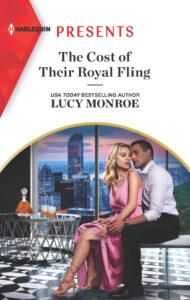 The only man to tempt her?
A prince!

Jenna Beals put love to one side and worked hard to achieve her dream career as a fashion journalist. So when she’s catapulted into an incendiary fling with gorgeous Prince Dimitri, she knows it has an expiration date—she’s not looking for a crown!

Dimitri’s mission to discover who’s leaking palace secrets led him to Jenna, but their passion-filled tryst reveals someone who sees him for more than his royal title. As their connection deepens, could the truth cost him the only woman who could truly be his?