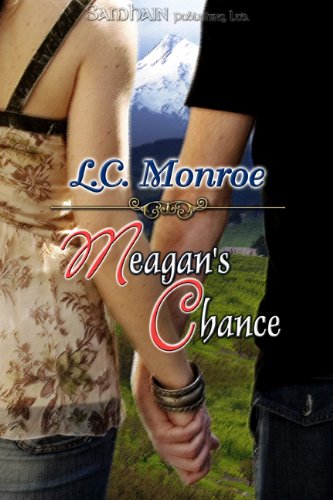 Can a free-spirited woman teach an uptight professor what he needs to know about love and faith—outside the classroom?

Shattered by her ex-husband’s infidelity and her own infertility, Meagan O’Hare is starting over. Tossed in the midst of a family crisis by a flat tire, she meets Adam McCallister. The last thing Meagan wants is to get involved with Adam and his children. It’s just a painful reminder of what she can never haveher own family.

Adam couldn’t agree more. The son of an alcoholic, Adam desires stability and security for his children. An undisciplined, too attractive woman who wears tie-dye T-shirts is not his idea of the model nanny. His children disagree. They have prayed for someone exactly like Meagan and aren’t above giving God a helping hand in getting her.

In less than twenty-four hours, Meagan turns Adam’s neatly ordered world upside down. While the children love it, Adam questions the wisdom of his decision to hire Meagan, even temporarily. So why is the knowledge that she’ll be there when he comes home so enticing?

Living in the same house isn’t easy for Meagan and Adam as they grapple with a growing attraction and a different way of looking at life. Yet their very differences are the things that draw them together. Can the free-spirited Meagan teach the uptight professor something new about his faith while he leads her to discover something new about unconditional love?

what REVIEWERS are saying…

“Great job to L.C. Monroe for her imaginative mind and for bringing romance with God to make a tale that will enchant you until the end.” —5 Stars, Recommended Read – Fallen Angel Reviews  (Click for the complete review.)

“This touching and deeply moving story is so much more than just a romance between a man and a woman; it’s more than just a book that centers on faith and belief, it’s a journey and in the end a family is born. MEAGAN’S CHANCE is beautifully written and is one of the best books I’ve read all year.” —Blue Ribbon Reviews  (Click for the complete review.)

“The emotion and belief in God’s Master plan is surely palatable and was brought home in an emotional and non-preachy way that is simply lovely and heartwarming. For me, Ms. Monroe is a master story-teller in whatever genre she chooses and Meagan’s Chance is proof that she can make you sigh in appreciation of whatever genre she puts her mind to.” —Marilyn Rondeau — Reviewers International Organization (RIO), CK2’s Kwips and Kritiques  (Click for the complete review.)

She was going to drive him crazy. She’d only been there a few hours and Meagan had already upset his neatly ordered life. If he wasn’t so grateful to her for watching Jason and Mandy for him, Adam would be tempted to shout. He never shouted.

It had all started innocently enough. Jake and Patty invited everyone out to eat. Jason asked if they could go to McDonalds. He of course had said, “No.” Meagan had wheedled him into it. There was no other word for it. She wheedled. First she commented how much she liked their fries. Then she rubbed her stomach saying how she could really go for a Big Mac. Finally, the decision was taken out of his hands when Jake announced they were going to McDonalds. Hungry women had to be fed. The evidence of Meagan’s growling stomach could not be denied.

If that wasn’t bad enough here he sat on the couch watching Chitty, Chitty, Bang, Bang with Meagan and two children that should have been in bed an hour ago. This time Meagan hadn’t wheedled. She’d used logic and guilt.

“You’re going to be gone and the children will miss you. Surely they can stay up a little past their bed time to spend some quality time with you.”

Watching an old movie was quality time? Jason and Mandy seemed to think so. They had both nearly gone through the roof when he agreed.

Jason’s voice broke through Adam’s irritated thoughts. His nine year-old son snuggled against him eating pop corn. It had been popped on top of the stove. Meagan wouldn’t use the microwave popcorn. She said it was unnatural.

It felt good to hug his son.

Mandy yawned and scooted to cuddle against his other side. “Yeah, this is fun.”

Adam smiled down at her. His daughter was keeping her eyes open by sheer willpower. Certain she’d lose the battle any time, he laid his arm around her shoulders to support her head.

Meagan sat on the other side of the white sectional watching the movie. He could have watched her instead of the television screen. Her mobile features displayed every new development in the plot. When the children were tricked into the jailer’s wagon, she leaned forward intent on the screen.

“Don’t listen to him. Can’t you tell by that nose that he’s the bad guy?”

Adam couldn’t help it. He laughed. “I thought you said you had seen this before.”

Sitting back on the sofa, Meagan pulled a cushion in front of her and held it in her lap. “I have. It’s one of my all time favorite movies.”

“Then you do know that everything turns out all right?”

She looked at him askance. “Of course I know that, but the children don’t”

“Jason and Mandy have seen it before too.”

She meant the children in the movie. “Meagan, they’re actors.”

“I know that.” She sounded offended.