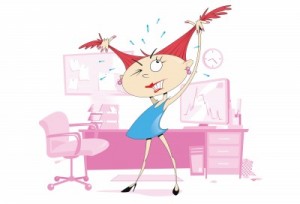 One of the most difficult things to accept as an author (and therefore something of a public figure) is that social media is not just about connecting with friends and interests. It’s about marketing. I struggle with this particularly because I’m that person. The one who wants to make a heart connection and who feels rejected when I don’t. I don’t like to see my attempts at communication as a way to sell books. And yet, I am told they must be.

This feeds what I call my “online-a-phobia” – my difficulty going online to check my social pages and even email that often coincides with the worst of my agoraphobia.

Because it’s not just about selling books, it’s about selling myself to an establishment that requires participation in the world of public social media outlets. And this causes something of a dichotomy for me.

While I insist on remaining genuine, I must also be savvy and articulate.

Easy for a writer, right? You’d be surprised.

After reading the myriad and abundant advice on how best to increase my connections in the social media world, I still (naively maybe) insist on those actually being connections.

While I may be encouraged to inundate my Twitter feed and Facebook timeline with messages, I have realized I don’t like getting too many messages even from my favorite pages. So, I’ve cut almost in half the typical number of times I will post in a day on FB and a third on Twitter. While there is a lot disagreement in the social media consultants how best to grow my audience, they all agree on one thing. I need to fallow lots of people to get followed myself. 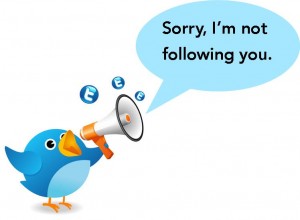 Only, why follow an author who simply feeds all her FB posts to Twitter and never bothers to go on to check her own feeds, to join in the conversation? Why follow a someone who retweets every single thing that gets Tweeted to them? Why follow someone who never Tweets anything real? The answer for me, is, I don’t. But then with tools like Unfollow, etc. these people will stop following me too. Right? And that naïve woman who believes that if you are going to put yourself out in the universe in a social situation, online or not, then maybe you should actually engage in real conversation, says, “So what?”

They aren’t actually reading my Tweets. Those Follows don’t mean anything but a number. Yes, that number matters to my publishers and to other authors even. Less to my agent who has a more jaundiced view of the new trends in online networking. But don’t for a minute think no one cares I don’t follow the rules. Publishers say sales are all that matters, but when marketing is looking at who to invite to participate in certain endeavors you can bet that they consider who will bring their own online audience to the table.

And I’m okay with that. I really am, but I may not build my audience the way others tell me to, or marketing specialists approve of.

I may insist on sharing the real me on FB and Twitter, not just my persona. Everyone says that’s what they want, but what they mean is they want the marketable part of me.

Are my tears when a Canadian soldier is murdered guarding the tomb of the Unnamed Soldier marketable? Probably not. Are they real? Most definitely.

Is my refusal to jump into hugely trending but predominately negative discussions a popular choice? Not really, but I trust my readers and reviewers to look at my past behavior and know I’m not the person they need to watch out for.

I titled this an uncomfortable dichotomy and this is why. It’s not comfortable to buck trends, to refuse to promote myself the way I’m advised to do. It’s downright guilt-producing to unfollow people on Twitter who fill my feed up with empty posts so I don’t have the time to read those from people who are actually actively participating, much less respond to them.

It’s uncomfortable to know that my genuine social interaction with my readers and friends is part of a marketing strategy I cannot get around. And it’s really uncomfortable to have my publishers and readers clamoring for more books in a faster manner when they also take for granted I will stay online and join in the ongoing conversation.

One thought on “Social Media: the Uncomfortable Dichotomy”