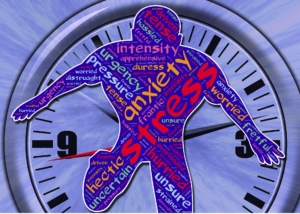 This is the 1st in a series of blog posts about recovering from burnout, something I am all too familiar with.

Deadline’s aren’t for everybody, but they are an integral part of the publishing process.  And if you cannot make and meet them, you will be hampered in your ability to achieve commercial success as a published author.  That is truth.  Full stop.

That truth does not mitigate my first statement.  Not every writer has the same process.  We all accept that I hope, but do we acknowledge what that means, really?  Process is about so much more than whether you are a plotter or a pantser as a writer (that is do you plan everything in advance or write extemporaneously?).  Our process dictates how many books we can write in a year, it dictates how long those books will be, when, how and where those books will be written.

Our process also dictates whether or not deadlines are a good, or bad thing in our creative lives as writers.  But how can deadlines be bad?  Everybody has them.  That’s not actually true.  Some authors refuse to sign contracts in advance of a book’s finish, preferring to contract for work already completed.

I’m a Type A personality with a dose of flibberdygibbet.  That means, I’m driven and can be hyperfocused, but sometimes…I’m not.  That’s okay.  That never affected my ability to make or keep deadlines.

No, something far more challenging impacted that ability, which I’ll talk about in a second.

When I first published, I turned books in early, and if not early, definitely on time.  The thought of not making a deadline was anathema to me.  After about a half dozen books turned in and accepted with few, or no revisions, I was asked to gut a book.  Let’s be clear, that early in my career, I was not given a choice.  Self-publishing was not a thing, small press was just getting started and we’ve already seen its demise for the most part.  Sadly.  But that’s another post for another time.

Although I fought for elements of the story I believed in, I did not question the necessity to make the sweeping, entire book changes my editor asked for.  To this day I still like my original version of The Sheikh’s Bartered Bride better than the one in print, but I did end up liking and being proud of the book that we went with.  So, I called it a win. 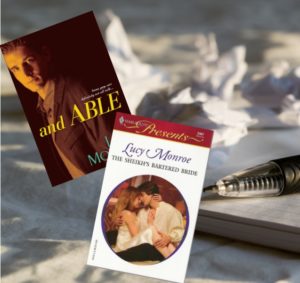 A year later, my editor for Kensington told me she hated my heroine and would not publish And Able as it was.  The most painful element of that episode was how personal that book was to me and how much of my adopted daughter was in the original heroine.  Again, I fought for what I could but ended up gutting the book.  I really liked And Able when it was done, but gutting it took a toll on me.  A serious toll on my creativity and my confidence as a writer. Though I was still turning in books that in the majority required none, or little revision, having to gut two books was devastating in ways I would only come to realize later.

Hey, wait, we are supposed to be talking about deadlines.  They played a huge part in my willingness to gut And Able for Kate.  Just that one year later, small presses were popping up   all over and if I had the time, I could have said, “Great, I’ll publish this one with someone else and write you another book.”  But because I had back-to-back-to-back deadlines going out two years, I didn’t feel I had that option.

Revising that book and changing it as much as it needed did put me behind on my deadline schedule, but I was sure I could make up for it shuffling around the off time I’d planned for myself with my family.

The problem was, when I went to start my next book, it wasn’t nearly as easy to write as all the books I’d written before.  It was hard and some days I didn’t want to write at all.  This issue only got worse as the years progressed and I missed deadlines, which made me feel like a fake and a failure.

It was the third book I gutted that ended up gutting my creativity and ability to write with any kind of love and joy.  And what is so funny about that book is that I agreed it needed to be gutted.  Once Tessa Shapcott pointed out the flaws, I could see them and the book when it was done was so much better than the one I turned in.  But realizing I’d written such a poor book to begin with, that I’d just written and written and written, trying to make my deadline, was devastating for me.  Totally and utterly devastating.

So, writing got hard, I missed more deadlines than I made and I hated it.  At times, I hated myself.  Remember Type A and driven.  Missing deadlines made me feel like a complete loser.

But I still kept plodding along, trying to meet deadlines, negotiating with incredibly supportive and understanding publishers, to push them out, to make things more manageable.  During this time, as many of you know my mother was dying.  But I lost Kate Duffy first.  Then several of my great aunts, my heroes since childhood, then another aunt and all that loss surrounded my mother’s death.

If depression is a stone cold bitch, intent on draining the joy from your life, then grief is her trained assassin sister who will kill your creativity.

I’d written so many books beside my mother’s hospital bed, I thought I could just keep going.  But I couldn’t.  Where before I’d miss deadlines by a week or two, now I was missing them by months and each of those missed deadlines was putting the others into jeopardy.  I made some tough decisions and refused to renew my contract with Kensington, hoping that writing for only two publishers would make things easier. 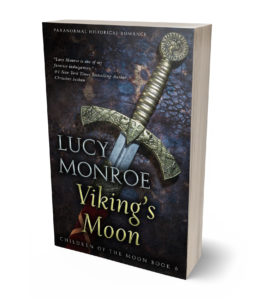 But then Berkley lost interest in my Children of the Moon series (next book is finally coming out in Oct – Viking’s Moon) and asked if I wanted to try a time travel series.  Not my thing.  We agreed to part ways and I realized if I wanted a single title career, I had to come up with something new.  Not paranormal, my heart was hurting too much over losing COTM.  Northern Fire was born and shopped around New York by my agent.  At this point, I had a handle on my deadlines again, or so I thought.

First book, piece of cake.  Deadlines met for Harlequin and Grand Central for that first year.  But unbeknownst to me, my doctor had put me on a medication to prevent my migraines that would have some terrible consequences to my life.  The longer I was on the medication, the spottier both my short and long term memory got.  I started to have physical coordination issues and other symptoms that prompted my doctor to send me to a neurologist who ordered an MRI to rule out a stroke, or series of strokes, but he asked about my medications and told me that while he was going to have me tested for early onset dementia, etc., he was pretty sure it was that medication.

Turns out after lots of tests and tears, he was right.  These awful side effects lasted for more than three years.  My publisher got tired of waiting for books I could not write and cancelled my contract, which meant me repaying my hefty advance.  It was a hard, hard time, but the one bright spot was that I knew I was getting better and Harlequin stuck by me through it all.

I still thought I’d go back to the way I’d been when I first published.  I’d worked through most of my grief and though I still struggled with depression and debilitating anxiety, I began to write again.  But guess what, literally within a week of giving a deadline to turn in the book I was working on to my editor at Harlequin Mills&Boon, I had stopped writing.  And I didn’t start again for months.

When I did start writing again, I’d realized some really important things.

Deadlines don’t work for me anymore.  I lived too long in Deadline Hell to ever want to go back there.  Does that make me less marketable?  Yes.  Does it make me less professional?  No.  There is nothing unprofessional about working book to book.

I do have a leftover contract with Harlequin that still had 3 books on it.  We changed the deadline for those books to end of next year, so it doesn’t feel like a deadline to me.  So, I’m writing with the freedom of knowing if they don’t like a book I turn in, I can write another one rather than gut something I don’t agree needs gutting.  (Like I said earlier, that third book?  Needed huge changes to become something worthy of my readers.)

I love writing.  I love writing romance in particular.  I’m not giving up what I love because doing it the way that works for me doesn’t fit in the box of someone else’s definition for it.

I’m fighting for my joy in dream, a dream that isn’t about sales figures, but is about touching people’s lives with my books.  Sometimes we are the greatest warriors when refuse to fight ourselves.  I’m no longer fighting my process.  I’m not fighting my creativity.  I let it lead me, instead of trying to shove it in the direction I need it to go to meet a deadline.  I’m not fighting the freedom I need to write without deadlines.

And you know what?  I’m writing.  Consistently and with a lot of enjoyment.  I love what I do.  I have so many story idea, I can’t possibly write them all.  It’s been years since my creative well just kept flowing over the top in an unending stream of stories, scenes and characters.

If you’re on the verge of burnout, or already there, ask yourself what is harder?  Missing a deadline or giving them up?  If deadlines are sucking your creativity out of you, then let them go.  That may mean letting go of your publisher, it may not, but you deserve to love what you do.

I believe in you,

2 thoughts on “Deadlines aren’t for Everybody”