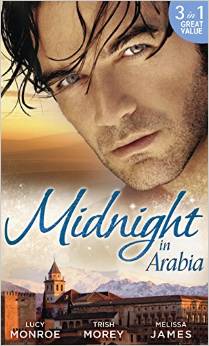 HEART OF A DESERT WARRIOR

Six years have passed since Iris last saw magnificent, dangerous Sheikh Asad. But Asad knows it’s only a matter of time before he has Iris back in his bed – where she belongs!

Bahir Al-Qadir has been forced to protect Princess Marina once again. He had tried to forget her. But now this proud sheikh will go all out to claim his heir!

With two nations on the brink of war, Amber had no choice but to marry Sheikh Harun El-Kanar. Broodingly sexy Harun refuses Amber any affection… until a kidnapping brings them closer…